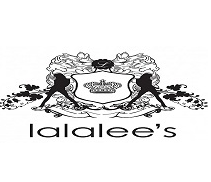 lalalee's is a leading company, which creates the nail trends through a variety of nail business based on nail fashion.

We will always place customers our top priority equipped with unique and creative ideas. We have created lots of colors by ourselves since we started lovely colors in 2008.

In 2010, we launched crack colors for the first time and in 2011, we launched first four tone changeable secret colors in Korea. Like these, we move ahead in advance and we will always be a leading company.

2009 To export to Hong kong, china with the brand ,lalrus.
-To launch a cuty nail sticker

2010 To first launch a crack nail polish in korea.

2012  To launch of RaioS sun spray in home shopping.